It is the opening question to a thousand philosophical debates: which came first—the chicken or the egg? Interestingly, almost every discipline imaginable has a proposed solution to this ancient problem: scientists approach this question from an evolutionary point of view, social scientists it through the lens of human cause and effect, and agnostics throw their hands up and declare that nothing is knowable.

All humor aside, the question of whether pathology precipitates pathology or is the cause of it remains an area of hot debate in many diseases. The problem often goes like this: medical researchers observe that a pathological pathway has been triggered in a disease, often leading to a cascade of other pathological pathways that result in the phenotype of said disease. The question is, do we assume that the first observed aberrant pathway is the cause of the disease and thus attempt to cure it? Or could there be a truer cause waiting to be discovered?

This is the subject of a study written by Kurakula et al titled “Endothelial dysfunction in pulmonary hypertension: cause or consequence?” An intriguing title indeed that acts as a prelude to a fascinating discussion: they wrote, “Although our understanding of the causes for abnormal vascular remodeling in pulmonary arterial hypertension (PAH) is limited, accumulating evidence indicates that endothelial cell dysfunction is one of the first triggers initiating this process.”

The standard wisdom is that endothelial dysfunction plays a role somewhere along the equation in terms of PAH pathology. Ranchoux et al wrote that a “combination of genetic and environmental factors” leads to “endothelial cell injury and impaired vascular regeneration, resulting in aberrant vascular remodeling and loss of small pulmonary arteries.”

Let’s return to the work of Kurakula and colleagues and try to understand where they think endothelial dysfunction plays the most crucial role in PAH pathogenesis. They wrote about a documented phenomenon known as endothelial to mesenchymal transition. When this occurs, “endothelial cells lose cell-cell contact, change their morphology, and adopt a highly migratory and invasive phenotype, thereby losing features of a healthy endothelium,” they wrote.

In addition, Kurakula et al wrote about the role of endothelial cell apoptosis in the development of PAH: “The hypothesis is that disturbed responses to vascular endothelial growth factor (VEGF) signaling, in combination with hypoxia, cause an initial increase in apoptosis in pulmonary arterial endothelial cells, leading to the emergence of aggressive apoptosis resistant and hyperproliferative endothelial cells that cause the formation of intimal lesions.”

A Growing Interest in Epigenetics

Another interesting field of research with regards to PAH that has gained prominence in recent years is epigenetics.

Let’s briefly go through each one. DNA methylation profiling of pulmonary arterial endothelial cells from PAH patients has demonstrated differences in the expression of genes that play a role in inflammation, remodeling, and lipid metabolism. An increase in histone acetylation is associated with PAH vascular remodeling. As for endothelial-specific RNA interference in PAH, Ranchoux and colleagues wrote that a subset of miRNAs have been directly linked to endothelial cell-type dysfunction in PAH.

The inescapable fact about PAH is that there is still no definitive cure.

“Therefore, research on endothelial cell dysfunction and its stimuli to target structural changes that narrow lumen size in PAH is vital to finding a cure,” Karakula et al wrote. 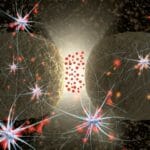