Neuromyelitis optica spectrum disorder (NMOSD), which is characterized by recurrent autoinflammation of the central nervous system, was seen as a subset of multiple sclerosis (MS) for many years. Given that NMOSD carries a poorer prognosis than MS, scientists used to view NMOSD as a more severe form of MS.

However, this changed when scientists were able to detect specific pathogenic aquaporin-4 (AQP4) autoantibodies in a significant proportion of individuals with NMOSD. Since then, scientists have recognized NMOSD as a disease distinct from MS.

Scientists discovered AQP4 in 1984 and found out it allowed water to pass through the cell membrane. AQP4 is found in abundance at the astrocyte foot processes inside the blood-brain barrier. Outside the central nervous system, it can be found on the epithelial cells of various organs—such as the stomach and kidney—albeit at a lower concentration.

Patients with AQP4-IgG positive NMOSD have autoimmunity against AQP4. Scientists have discovered that AQP4 titer levels in patients with NMOSD often correspond with the size of their spinal cord lesion. In addition, APQ4 titer concentration correlates with disease activity and subsequent therapeutic response (upon receiving immunotherapy).

The Many Properties of B Cells

Although there is much we still do not understand about the pathophysiology of NMOSD, modern studies are elucidating the important role that B cells play in this process. Research shows that memory B cells that are autoreactive to AQP4 play a primary role in the production of pathogenic, high-affinity AQP4-IgG.

“Accordingly, NMOSD is now considered a humoral autoimmune disorder, where anti-AQP4 antibodies are mainly produced in the periphery,” Traub and colleagues wrote in Pharmaceuticals.

B cells also contribute to the pathophysiology of NMOSD by secreting proinflammatory cytokines and hence fostering an inflammatory environment. Among the cytokines secreted are interleukin-6 (which, in turn, supports the activation and growth of B cells) and tumor necrosis factor.

B cells have receptors that antigens can attach to; hence, they also function as antigen-presenting cells. B cells are able to process and present these antigens to T helper cells via major surface histocompatibility factor II molecules.

AQP4-IgG positive NMOSD is an autoantibody-mediated disease, but the precise immune checkpoints upon which loss of immune tolerance to AQP4 occurs are unknown. Studies have demonstrated that a higher number of emigrant/transitional and mature naïve B cells can be found in the peripheral blood of patients with NMOSD compared to individuals without the disease.

It is also worth mentioning that regulatory B cells are impaired in patients with NMOSD, especially those with active disease. Regulatory B cells play an important role in maintaining immune homeostasis. In NMOSD, their number and function are reduced, causing immunoregulatory dysfunction.

Given that B cells drive the underlying disease processes of NMOSD, a number of drugs targeting their depletion have been developed.

“While general immunosuppression used to be the standard therapy for many years, recently evolving treatment options include the targeted depletion of B cells, [interleukin-6], complement antagonism and many more,” Traub et al wrote.

Rituximab, for example, binds to the CD20 surface protein on B cells. This results in both complement-dependent cytotoxicity as well as antibody-dependent cell-mediated cytotoxicity. Importantly, studies have shown that its use in patients with NMOSD significantly reduces the annualized relapse rate and prevents disability from worsening. Other studies demonstrate that the use of rituximab can result in sustained clinical stabilization in the majority of patients. It is also well-tolerated and has an acceptable safety profile.

Another example is inebilizumab, which works by targeting CD19. CD19 is expressed on differentiated B cells for a longer period of time than CD20; however, it is not expressed on terminally differentiated plasma cells. Studies have demonstrated the ability of inebilizumab to reduce relapse rates by 73% in patients with both seropositive and seronegative NMOSD. It also reduces disability progression by 15.5%. Research has indicated that this drug is safe and well-tolerated.

One interesting therapeutic direction that medical researchers are currently pursuing is the induction of immune tolerance. This can be the cure-all solution for autoimmune diseases in their various forms, although tailoring them to each disease will likely take years of effort. The overarching goal is to induce immune tolerance to pathological autoantigens via vaccines. 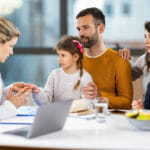 Exploring the Parental Burden of Care of Children With Rare Diseases