There is a misconception that the sciences report unchangeable truths which hence stay the same for all time. The reality, however, is that the very nature of scientific observation and inference requires one to be flexible enough to change one’s opinions and decisions. This is clearly illustrated in the COVID-19 pandemic, during which public health advice has changed according to the best and latest available scientific evidence.

In this article, we will be discussing how our understanding of medullary thyroid carcinoma (MTC) has undergone profound changes over the years.

Dr. Gerard M. Doherty of the Brigham and Women’s Hospital in Boston, Massachusetts, chronicled the evolution of MTC over the last 6 decades in an editorial published in the Annals of Surgical Oncology. The journey began in 1959, when MTC was first described as a distinct subtype of thyroid cancer. The term “medullary” is likely a reference to the tumor’s solid appearance and intermediate clinical behavior.

In 1962, scientists first described calcitonin, which opened the door for Pearse to later assemble information to describe the relationship between MTC, calcitonin, and parafollicular C-cells. For the first time, there was an attempt to describe MTC, its tumor marker, and its cell of origin.

Another significant milestone in our understanding of MTC is the introduction of the concept of multiple endocrine neoplasia-2 (MEN-2) syndromes, first described by Steiner in 1968. This provided a framework for the discovery of the abnormalities of the RET proto-oncogene as the cause of MEN-2 syndromes.

The understanding of MTC as caused by mutations in the RET proto-oncogene is important because they “account for most MTC cases and can occur sporadically or as inherited germline events in the multiple endocrine neoplasia type 2A (MEN2A) and 2B (MEN2B) syndromes,” Prete and colleagues wrote in Frontiers in Endocrinology.

Our refined understanding of MTC meant we also possessed the information needed to refine treatment of the disease. With regards to the therapeutic potential of the tools we believed would work, hope springs eternal. “The need for effective systemic treatments has been very clear both for patients whose distant disease was not amenable to the local-regional approaches, and in an adjuvant setting after apparent complete resection,” Doherty wrote.

Viewed in a positive light, the experiment with radioactive iodine in the treatment of MTC is a concerted attempt by scientists to experiment with any cure they believed could be used to treat MTC—a rare, indolent disease without effective adjuvant options.

The most commonly prescribed systemic therapy for MTC today is tyrosine kinase inhibitors (TKIs). TKIs are also being tested and used in a number of diseases aside from MTC. Scientists believe they have massive potential in treating patients with either locally advanced disease or progressive metastatic disease. Oncologists also believe they may be useful as an adjuvant therapy for high-risk patients having undergone surgical resection.

However, recent studies on TKIs have tempered expectations. For example, vandetanib and cabozantinib have been approved for the treatment of symptomatic or progressive MTC. However, Ceolin and colleagues wrote, “Although these drugs have been shown to improve progression-free survival, no [multikinase inhibitor] has been shown to increase the overall survival. As these drugs are nonselective, significant off-target toxicities may occur, limiting achievement of the required [tyrosine kinase]-specific inhibition.”

Doherty cited a report by an expert clinical group at the Royal North Shore Hospital and the University of Sydney in Australia that looked at the evolution in MTC surgical practices, including before and after the introduction of TKIs. Having studied the evidence presented, Doherty wrote, “My most important conclusion from their work is that there was disappointingly little change over time, with the introduction of TKI therapy having less overall impact than I had hoped.”

However, TKIs still represent the way forward. Doherty suggested they can be refined to be less toxic and more selective, making them more useful in treating MTC patients in an adjuvant setting. The hope is that more effective TKIs (or similar systemic therapies) can be used to shrink the local tumor prior to surgical resection and hence reduce surgery-associated morbidity.

The story of our understanding of MTC so far is one that is full of twists and turns. However, with the benefit of time and hindsight, we see an ever-unfolding story of the effort of forward-thinking physicians doing their best to defeat a formidable disease. And the quest continues. “Significant advances in the understanding of [thyroid cancer] biology, coupled with advances in high-throughput technologies, are contributing to the development of novel diagnostic, prognostic, predictive, and therapeutic tools for [thyroid cancer] patients,” Prete and colleagues wrote. 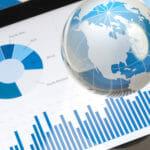 Understanding the Geographic Differences of RET Mutations in MTC