Imagine for a moment being one of the finest chefs in the world, and yet your kitchen is filled with blunt knives. No matter how skillful you are, you are only able to produce mediocre work; in this case, the workman blaming his tools is entirely appropriate.

In the world of medicine, the drugs we have can be compared to knives in a chef’s kitchen; some are incredibly sharp, eliminating an illness by targeting its very roots, while others are rather blunt, having a wide range of therapeutic targets in the hope that one will stick.

Medical researchers are always looking to sharpen existing therapies to better target diseases at the site at fault. This is increasingly how cancer research works—refining therapies to the degree that they become curative and are able to eliminate the disease in its entirety.

A group of researchers conducted a literature review to present an update on targeted therapies under investigation in medullary thyroid carcinoma (MTC) and published their work in Frontiers in Endocrinology. We will take a look at some of their findings here.

We will be focusing on therapies targeting the RET gene because “all reported cases of hereditary MTC, as well as 40-50% of sporadic cases, are attributed to activating mutations in the REarranged during Transfection (RET) proto-oncogene,” according to the authors of this study.

The role of the RET gene is to encode a transmembrane receptor tyrosine kinase that regulates a number of important cell processes, including survival, proliferation, and apoptosis. Therapeutically, it has proven to be an effective target; however, resistance to RET-targeting tyrosine kinase inhibitors (TKIs) can occur.

There is still no consensus on the best time to start MTC patients on RET-targeting TKIs. It is important to note that no evidence points to TKIs being curative.

Current protocols dictate that patients should be started on TKIs only when symptomatic or if radiological findings show disease progression. The risk of starting MTC patients on RET-targeting TKIs, aside from the possibility of the patient developing resistance to this form of therapy, is their toxicity. Hence, physicians usually take great care to avoid causing unnecessary harm.

The Role of Multitarget TKIs

One of the first multitarget TKIs that was developed to target RET signaling was vandetanib. Vandetanib also targets other receptor tyrosine kinases, such as EGFR, VEGFR-2, and VEGFR-3. Studies have shown that it confers a 6-month progression-free survival rate (PFS) of 83%, compared to 63% in the placebo group.

Another multitarget TKI, cabozantinib, has been shown in clinical studies to improve the median PFS rate in MTC patients to 11.2 months, compared to 4 months in patients given placebo. In MTC patients tested to have the RET M918T mutation, follow-up demonstrates an overall survival of 44.3 months compared to 18.9 months in the placebo group.

However, both vandetanib and cabozantinib are not without their flaws. The authors of the study explain, “Despite these successes, neither vandetanib nor cabozantinib leads to complete responses in patients with MTC and the development of resistant disease is a significant problem.” In addition, both these drugs have their own toxicities and patients have been known to experience adverse effects such as nausea, diarrhea, and rash.

Besides vandetanib and cabozantinib, it is worth mentioning a few other multitarget TKIs that have shown positive results in clinical trials: sunitinib has demonstrated an objective response rate of 38% in clinical studies, while lenvatinib demonstrated an objective response rate of 36%. Broadly speaking, the partial success of multitarget TKIs indicates there is rhyme and reason in targeting a variety of signaling pathways simultaneously.

The alternatives to multitarget TKIs are TKIs that have been developed specifically to target RET signaling. Two RET-specific TKIs in particular, selpercatinib and pralsetinib, have demonstrated promising results. In a study using selpercatinib in RET-mutant MTC, a response rate of 63% was observed in patients that were previously on either vandetanib or cabozantinib; in patients who were never treated with TKIs, the response rate was 73%. The drug was generally well-tolerated. As for pralsetinib, studies demonstrated a response rate of 60% in MTC patients who were previously on vandetanib or cabozantinib, while TKI-naive patients had a response rate of 71%.

These newer TKIs have 2 main advantages over multitarget TKIs: an improved side effect profile, and their targeting of RET V804L and V804M mutants. However, resistance has also been observed in these therapies.

The ability of medical researchers to develop drugs that target RET signaling specifically has brought about demonstrable clinical benefits to MTC patients. However, there is still a lot that we do not know or have not achieved. For example, we still have yet to develop an adequate response to the challenge of patients developing resistance to RET-targeting TKIs.

In addition, there is still debate about the optimal timing to start patients on RET-targeting TKIs. Future trials are needed to ascertain if starting patients on TKIs prior to radiographic evidence of disease progression would provide any clinical benefit.

Moreover, metastatic MTC currently has no cure. In other words, our current arsenal of therapies for MTC leaves much to be desired. The good news is that we have a pretty good grasp on the areas we need to work on in order to make progress. As the authors of this study conclude, “Rapid advances in multiple therapeutic strategies hold promise for an eventual cure for this disease.” 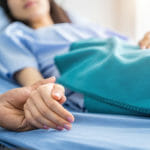 The Intersection of Medullary Thyroid Carcinoma and Metastatic Breast Cancer