Hemophilia A is primarily treated with factor VIII (FVIII) replacement therapy. The reason for the continued use of this prophylactic treatment is that it is generally successful in reducing both morbidity and mortality in patients with the disease.

Regling and colleagues wrote, “Prophylaxis with FVIII concentrates was, until recently, the gold standard of treatment for severe [hemophilia A] and has significantly improved the overall bone and joint health in these patients.”

The principle of replacement therapy is remarkably simple: replace FVIII to therapeutic levels and the risk of bleeding drops significantly. In most patients, this is indeed what happens. In addition, FVIII therapy is now highly individualized, prescribed according to a patient’s body weight and personal pharmacokinetic studies.

The lack of a strict correlation between plasma FVIII activity and clinical expression of the disease is a problem, since it means plasma FVIII levels cannot be relied upon to accurately predict the risk of breakthrough bleeding. Any given dose of antihemophilic factor concentrate cannot guarantee a desired clinical response.

Why is this the case? A proposed theory is that this is caused by differences between individuals in their levels of pro- and anti-coagulant factors.

Salvagno and colleagues describe thrombin generation as “a key process that determines the extent of a hemostatic plug or a thrombotic process.” Thrombin plays an important role in the clotting of fibrinogen. Hence, the abnormal production of thrombin can lead to thrombotic or hemorrhagic disease.

The thrombin generation test was first developed in the 1980s. Researchers then defined endogenous thrombin potential (ETP) as the plasma’s overall capacity to generate thrombin after coagulation has been induced. The ETP is a useful measurement of the coagulation capacity of an individual, since it is a reflection of the total enzymatic activity of the generated thrombin over the course of its lifespan. Since then, this parameter has been proposed as a sensitive indicator for every type of anticoagulation.

Dividing the thrombin peak height by the time between the lag time and time to thrombin peak reveals the velocity of thrombin generation. Verhagen et al wrote, “Whereas the ETP only shows the total amount of thrombin formation, the velocity of TG reflects the amount of thrombin that is generated in the acceleration phase.” Studies have suggested that this parameter correlates more closely with FVIII activity levels than ETP as it represents the capacity of an individual to produce enough thrombin in a short period of time to stop bleeding.

Another key finding of this review was that a strong correlation exists between FVIII activity levels and thrombin generation parameters, with the exception of lag time. Interpatient variability remains but can typically be explained by differences in individual pharmacokinetics and individual response of thrombin generation to FVIII replacement therapy.

“[Thrombin generation assays] can solve the problem of the discrepant results between one-stage and chromogenic assays for monitoring recombinant and extended half-life FVIII products because it indicates the more realistic hemostatic response provided by these products compared with the assumed FVIII activity level provided by FVIII assays,” the research team concluded.

Salvagno and colleagues wrote, “[Thrombin generation assays] could be a promising tool to establish the hemostatic potential of a patient at T=0 and then the response to factor substitution therapy.”

The role of thrombin generation assays as a tool for monitoring hemophilia A therapies may extend beyond those that are currently available. Presently, much research is being devoted to refining gene therapy for public use. If gene therapy is approved for hemophilia A in the future, thrombin generation assays may likewise play an important role in monitoring its efficacy. 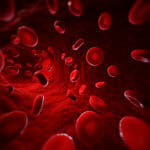 The Dangers of Delayed Diagnosis in Acquired Hemophilia A