Since antiquity, hemophilia has generally been regarded as a male disease. This is because it is genetically X-linked and therefore features more prominently in men. However, female carriers can also experience hemophiliac symptoms, such as excessive bleeding. The problem that arises is that both physician and patient can sometimes take these symptoms less seriously due to the prevailing male bias when thinking about hemophilia.

Van Galen and colleagues have written a paper published in the Journal of Thrombosis and Haemostasis detailing efforts to change the nomenclature of hemophilia carriers to account for personal bleeding history and baseline plasma factor VIII/IX (FVIII/FIX) levels. The purpose of this change is to recognize the diverse presentations of hemophilia carriers. Even though carriers can be asymptomatic, this new nomenclature reflects the reality that some can experience episodes of prolonged bleeding that deserve medical attention similar to that given to hemophiliac males.

More Than Just A Change In Name

Van Galen and colleagues prefaced the need to change the nomenclature for female hemophilia carriers by explaining why it is important. They wrote that the bias to assume that female carriers are always asymptomatic is “contradicted by an increasing body of evidence with consistent reporting on an increased bleeding tendency in hemophilia carriers, including those with normal FVIII/FIX levels” and that this “can hamper diagnosis, clinical care, and research.”

Miller and Bean, in their study published in Haemophilia on the genetic causes of hemophilia in women and girls, concur. They wrote, “The dogma that hemophilia affects males and is transmitted through unaffected females has over centuries hampered the recognition that women and girls with hemophilia may bleed as significantly as affected males.”

It was only around the mid-20th century that the medical world began to recognize and discuss cases of female hemophiliacs. Let’s review some quick facts about females and hemophilia:

Prior to the change of nomenclature alluded to in this article, there simply was no formal classification for hemophilia A and B carriers regarding their FVIII/FIX levels. So how do you treat something seriously if it doesn’t exist on paper? This is why a change in nomenclature is more than just cosmetic—it is rather an acknowledgment of the weightiness of this issue and the need for medical research and funding to go into alleviating this condition. As this research team wrote, “A more inclusive classification system regarding women and girls is urgently needed in hemophilia to enhance awareness, and improve clinical diagnosis, care, education, and research.”

Therefore, the blanket term “hemophilia carrier” to describe all women and girls who carry the defective X chromosome is in dire need of an update. Miller and Bean opined that this term “does not reflect our current knowledge of hemophilia and genetics” because “the rare women who are homozygous, compound heterozygous or hemizygous clearly have hemophilia; they do not have a normal allele.”

For females who have FVIII/FIX plasma levels above 0.40 IU/mL:

For females who have FVIII/FIX plasma levels below 0.40 IU/mL:

Better Care for Women and Girls

Miller and Bean wrote, “The term “carrier” should not be used, because it lumps affected and unaffected women together and is viewed by some as pejorative or dismissive; its use does not aid women in getting appropriate medical care and reimbursement.”

It is the expressed hope that this change in nomenclature by the SSC “paves the way for future improvements in delivering equitable care, irrespective of gender, with the aim that women and girls will be equally part of the comprehensive care model of hemophilia,” wrote van Galen and colleagues. 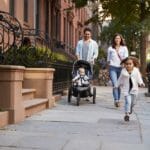