Von Willebrand Disease (vWD), caused by a decrease in von Willebrand Factor (vWF) levels in the body, is a rare hemophiliac bleeding disorder that causes patients to bleed excessively. Oftentimes the first signs of this disease are bleeding from the mucosa, easy bruising from light injuries, and heavy menstrual bleeding (HMB); however, these signs can be easily missed by parents and caregivers due to their nonspecific nature.

Researchers from the University of Texas Health Science Center conducted a review of what we currently know about low vWF in children and adolescents and published their findings in JAMA Pediatrics. We will look at some of their findings and recommendations here in this article.

Diagnosing low vWF in children is impeded by a general lack of hemostatic challenges, such as surgery or trauma. Even in cases of bruising and bleeding from minor injuries, parents and caregivers generally do not suspect anything wrong since they are fairly common in children who are active. This means that low vWF sometimes remains undiagnosed until children reach their teenage years, during which menarche begins in females and injuries become more pronounced, leading to more obvious signs of prolonged bleeding.

When clinically significant bleeding occurs, the relevant blood tests should be carried out; once a diagnosis of low vWF is made, treatment should be started immediately to avoid prolonged bleeding and the complications that come with it. If low vWF remains undiagnosed and untreated, it can create significant problems in adulthood.

Read an overview of hemophilia

What are the criteria for the diagnosis of low vWF? They are vWF levels between 30 IU/dL and 50 IU/dL, with an associated personal and family history. It is important to note that not everyone with low vWF presents with excessive bleeding. In fact, some studies suggest that children can gain an increase in vWF as they get older; for example, a study shows an improvement in bleeding symptoms in 15 children with an initial low vWF as they age.

However, this remains the exception to the rule, and not the rule itself. Generally, a diagnosis of vWF can be suspected based on a detailed bleeding history. Certain tools can be used to weed out clinically significant bleeding from normal ones, such as the Pediatric Bleeding Questionnaire and the International Society for Thrombosis and Hemostasis Bleeding Assessment Tool.

When testing for vWF levels, it is important to note that a multitude of factors can alter them, including stress, inflammation, pyrexia, and estrogen therapy. “For accurate diagnosis and to avoid sample collection, processing, and transport-related variables that may artifactually lower the vWF levels, it is important to draw the vWF blood samples in centers that treat patients with bleeding disorders, with on-site coagulation laboratory support,” wrote the authors of the study.

The researchers of this study highlighted the arsenal of tools at our disposal to manage patients with low vWF. One of them is desmopressin, a drug that releases stored vWF from endothelial sites. Before a patient is started on this medication, the patient typically undergoes a desmopressin challenge to ensure that it elicits a sustained response. An excellent desmopressin challenge can be defined as the elevation of vWF levels by two times from the baseline and a persistent increase in both vWF and factor VIII over 0.50 IU/dL for at least 4 hours. For patients who are suitable for desmopressin therapy, mucosal and menstrual bleeding can be treated using intranasal or intravenous desmopressin.

VWF can also be replaced intravenously. For patients undergoing any type of surgery, caution must be taken to avoid excessive bleeding intraoperatively. Guidelines differ, but studies have recommended the administration of preoperative desmopressin, iron therapy, and red cell transfusion.

In female patients with low vWF experiencing HMB, studies have found that hormonal therapy is an effective form of treatment. “The recently published guidelines on VWD40 advise hormonal therapy (combined hormonal contraception or levonorgestrel-releasing intrauterine system) or tranexamic acid over desmopressin to treat women with VWD with HMB who do not wish to conceive,” the researchers wrote.

The different extent of clinically significant bleeding that patients with low vWF can present with should encourage healthcare professionals to invest more in educating laypeople on the potential red flags to watch out for. Vigilance from parents and carers will help physicians detect low vWF early and start treatment as soon as possible.

“Patient and family education for prompt and conservative management of minor bleeding, such as nosebleeds and soft tissue hematoma, and to seek medical attention for prolonged and/or severe bleeding, as well as for hemostatic prophylaxis for scheduled procedures and operations, will go a long way in preventing and promptly managing bleeding complications,” the authors wrote. 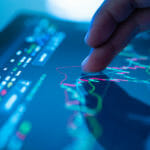