The clinical spectrum of hereditary transthyretin amyloidosis (hATTR) is broad. While some carriers of amyloidogenic variants of the TTR gene do not develop any symptoms throughout their lifetime, others have severe cardiomyopathy with thickened walls. Importantly, hATTR can be fatal if left untreated.

The strategies proposed to treat hATTR include targeting transthyretin (TTR) production using small interference RNAs (siRNAs, eg, patisiran [Onpattro®]) or antisense oligonucleotides (ASOs, eg, inotersen [Tegsedi®]), or preventing TTR dissociation with tetramer-stabilizing drugs, such as tafamidis (Vyndamax™), the only such drug approved by the US Food and Drug Administration (FDA) to treat hATTR-associated cardiomyopathy, and diflunisal, a drug approved by the FDA to treat arthritis.

Theoretically, both strategies are applicable to various phenotypes or onset types as they do not target the TTR mutation itself. However, they also have some limitations that affect the success of the therapy.

Specific drug formulations are being investigated to improve pharmacokinetics (PK) and pharmacodynamic (PD) profiles, thereby allowing the use of lower dosages and less frequent application intervals and reducing side effects. Additional compounds and strategies have also been studied to further enhance TTR stability, reduce amyloid deposition, or knock down the TTR gene.

The most investigated modification conjugates ASO or siRNA molecules with N-acetylgalactosamine (GalNAc), a galactose derivative that binds to the asialoglycoprotein receptor on hepatocytes and enables specific, clathrin-mediated uptake.

“By conjugating the ribose backbone of either ASO or siRNA molecules with GalNAc, a subcutaneous application is enabled, which is not only easier and more comfortable for the patient, but makes pharmacodynamics slower through a steadier release, decreases renal filtration, and does not require pre-medication in order to reduce infusion reactions (applicable for siRNA only),” explained Dohrn et al in a review article published in the Journal of Neurochemistry.

One such drug is revusiran, the first TTR-directed GalNAc drug to enter clinical trials. This siRNA molecule like
patisiran was evaluated in a placebo-controlled phase 3 study that enrolled 206 participants. The treatment regimen was 500 mg subcutaneously, administered weekly following a loading interval of 5 consecutive application days.

The mean reduction in plasma TTR levels in the treatment arm was 80%. Hepatic events were more frequent in the revusiran-treated group than in the placebo group (34.4% vs 13.6%). Moreover, 18 patients died in the revusiran-treated group due to heart failure and associated cardiovascular events, while only 2 in the placebo group died. Dosing has been discontinued and patients are being followed-up for safety.

The second-generation GalNAc siRNA drug vutrisiran (Amvuttra®) is being evaluated in 2 studies: a patisiran-controlled phase 3 trial for patients with hATTR-related polyneuropathy (HELIOS-A, NCT03759379) and a placebo-controlled phase 3 trial for patients with hereditary and wild-type cardiac amyloidosis (HELIOS-B, NCT04153149). The chemical modifications introduced by vutrisiran are expected to increase its potency to up to 10 times the potency of first-generation GalNAc-siRNA.

A GalNAc-modified version of inotersen, eplontersen (also known as AKCEA-TTR-LRx), is also ongoing clinical investigation in patients with hATTR-related polyneuropathy and cardiomyopathy, after showing promising preliminary safety and efficacy results in a phase 1 trial. It reduced the circulating TTR levels by approximately 90%. A population PK/PD model showed that weight and injection site affect systemic exposure, albeit without clinically relevant variation in response.

The TTR stabilization provided by tafamidis is limited since the amount of the plasma-circulating drug that actually reaches the cerebrospinal fluid is minimal (no more than 1.5%). Hence, other compounds have been studied to overcome this limitation and prevent central nervous system manifestations.

Part of the TTR is produced by the choroid plexus and retina. Therefore, to target this portion of the protein it is important that drugs are able to overcome the blood-brain and blood-eye barriers. For instance, tolcapone (Tasmar®) has a similar stabilizing effect to tafamidis, but a greater capacity to cross the blood-brain barrier. However, it has a short half-life, which hampers the process of establishing an efficient dosage for TTR stabilization, and was associated with an increased risk of liver failure.

AG10, a selective TTR stabilizer, is slightly more potent than tafamidis and tolcapone but requires a much higher dose to achieve the optimal effect.

Bivalent TTR stabilizers (eg, mds84) were more efficient in preventing both TTR dissociation and cleavage in vitro than monovalent stabilizers (eg, tafamidis and tolcapone). However, these compounds have not been tested in clinical trials yet.

An additional promising strategy, currently under investigation, aims at reducing the deposit load in tissues using amyloid-directed antibodies and other substances that have been shown in preclinical models to disrupt amyloid aggregates. These substances include the antibiotics doxycycline and minocycline, as well as biliary acids such as tauroursodeoxycholic acid.

The combination of orally administered doxycycline and different biliary acids has been investigated in open-label clinical trials (NCT01677286, NCT01171859), showing positive results in both neurologic and cardiac outcome parameters. Moreover, the cotreatment of doxycycline and tauroursodeoxycholic acid is currently being evaluated in a phase 3 randomized study (NCT03481972).

In vitro studies showed that immediate TTR-directed antibodies, such as the investigational humanized monoclonal antibody PRX004, recognize specific epitopes in the fibrillar TTR forms but not the native TTR. Also, antiserum amyloid A antibodies, such as dezamizumab, showed the potential to eliminate systemic amyloid deposits.

Researchers developed a biodegradable lipid nanoparticle (LNP)-based CRISPR-Cas9 system that reduced the serum levels of TTR in a mouse model by more than 90%. The reduction was sustained for 1 year with no relevant adverse events. Similar results were observed in other animal models.

“The first results from a CRISPR–Cas9 therapy in patients with [variant ATTR] amyloidosis have provided the intriguing perspective of a true cure for ATTR amyloidosis, with a single administration able to eradicate the source of a progressive, disabling and ultimately fatal disorder,” Aimo et al wrote in recently published review article.

Clinical trials are ongoing to further evaluate the potential therapeutic effect and safety of CRISPR-Cas9-based strategies in hATTR treatment. 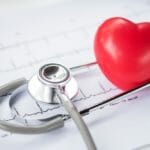 A Rare Variant Responsible for Cardiac Manifestations in hATTR