Patients with rare diseases often describe feelings of isolation and lack of support, particularly when the manifestations of the disease are invisible. Hence, it is important that we in the medical profession pay tribute to the courage and determination of our patients who go through the toughest of times with their heads held high.

When I was practicing as a doctor in Borneo, we had so many patients (some coming from distant rural places) that we often had little time to communicate with patients on any matters beyond their immediate medical needs. Situations like this mean patients are sometimes reduced to being seen as merely a disease host.

However, patients, like all of us, have moments of anxiety, uncertainty, and feelings of hopelessness. It is vital that we recognize the complexities involved in patient care, especially in the field of rare diseases. Better yet, we should actively seek to incorporate their feedback on any treatment regimens prescribed, both new and old.

As published in Allergy and Asthma Proceedings, Riedl and colleagues conducted a study to determine the quality of the interactions between patients with hereditary angioedema and their physicians. Their study shed valuable insight into the evolving physician-patient relationship in our age.

Hereditary angioedema causes angioedema attacks that can occur in various parts of the body. These attacks tend to be recurrent, unpredictable, and potentially life-threatening. However, the good news is that the therapeutic landscape for hereditary angioedema has undergone significant changes in the past few years.

“With the expanding armamentarium, it is important to understand how physicians’ prescribing practices are changing and how these may affect patient treatment burden and satisfaction,” Riedl and colleagues wrote.

To understand the experience of both physicians and their patients with prophylactic hereditary angioedema treatment, they conducted 2 surveys to identify prescribing practices, perceived treatment burden, and treatment preferences. A total of 109 physicians and 75 patients participated in this study.

The research team discovered that common treatments prescribed for hereditary angioedema were subcutaneous CI inhibitors, intravenous C1 inhibitors, androgens, and lanadelumab. These treatments were prescribed around 60% to 70% of the time.

However, on the subject of patient-physician interactions, Riedl and colleagues reported a divergence of responses. Approximately 61% of physicians said they see their patients at least thrice a year; however, only 27% of patients reported seeing their physicians at this frequency.

There were also differences with regard to how conversations about the treatment burden of hereditary angioedema were initiated. Around 80% of physicians reported initiating conversations of this nature; however, around 72% of patients reported that they were the ones who initiated these conversations with their physicians.

The study conducted by Riedl and colleagues is unique in how they carefully incorporated patients’ voices regarding how prophylactic treatment for hereditary angioedema affects them personally.

Medical research can sometimes be so focused on physical clinical outcomes that the mental toll of certain modes of treatment is pushed aside. Sometimes, a strong discordance regarding the perception of treatment burden exists between physicians and their patients without any side realizing it.

Hence, it is encouraging that the findings of the Reidl study demonstrated significant agreement on a number of items between physicians and patients relating to the treatment regimen prescribed.

As medicine marches on to become increasingly personalized, it is imperative that it also becomes more agile in responding to patient feedback. In the Cochrane Database of Systematic Reviews, Gibbons and colleagues published a study conducted to assess the impact of patient-reported outcome measures on processes of care.

They analyzed 116 studies encompassing care in a broad range of disciplines, including oncology, primary care, and psychiatry. The patients studied were from across the globe.

“The evidence suggests moderate certainty that [patient-related outcome] feedback probably improves quality of life, and leads to an increase in patient-physician communication, diagnosis and notation, and disease control,” Gibbons and colleagues concluded.

The challenge for all of us is to turn patient engagement and feedback into actionable steps that will make a long-term difference. In order to improve quality of life and reduce treatment burden, we must consult the people who know best: our very own patients. 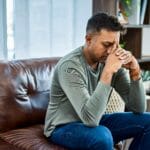 Anxiety and Depression in Hereditary Angioedema