Hereditary angioedema (HAE) is a rare condition in which patients experience recurrent, painful edema attacks in the subcutaneous or submucosal tissues. These attacks can be mild, but severe attacks affecting the laryngeal tissues can be life-threatening, given the risk of asphyxiation.

HAE attacks are also characterized by their unpredictability; patients can never be fully assured that a debilitating attack is not just around the corner. This has the effect of severely limiting their activities of daily living.

“The chronic and unpredictable nature of HAE, coupled with the risk of severe attacks and temporary disfigurement, contributes to . . . reduced productivity at work or school, emotional impairment, and a fear of future attacks that continues to affect patients even during attack-free periods,” Banerji and colleagues wrote in Allergy.

Another aspect of the unpredictable nature of HAE is that the frequency of attacks does not correlate with severity. In addition, frequent sites of attack do not mean that future attacks will occur in the same areas.

The volatile nature of this disease means that physicians cannot approach treatment in a typical, straightforward manner. Instead, the primary strategy for treating HAE is to administer long-term prophylaxis, which aims to prolong attack-free periods and help patients achieve a sense of normality.

Research into the molecular dynamics at work in HAE has opened the door to a whole host of therapeutic options that target steps in the metabolic cascade that leads to its phenotype.

Researchers now know that kallikrein plays an important role in the pathophysiology of this disease; hence, drugs such as lanadelumab (Takhzyro®), which work by inhibiting the activity of plasma kallikrein, have been developed.

Patients who were rollovers from the first trial received a single 300 mg dose on day 0. Treatment was then put on hold until they experienced their first confirmed edema attack, upon which patients received their second dose and then continued to receive lanadelumab 300 mg once every 2 weeks. Other recruited patients received lanadelumab 300 mg from day 0 and continued receiving this dose once every 2 weeks for the duration of the study.

“On average, patients were attack free for approximately 98% of days during treatment, and the average duration of the attack-free period was >14 months,” the research team wrote.

The study conducted by Banerji and colleagues suggests that therapeutics targeting the pathological pathways that cause edema attacks can successfully reduce the frequency of attacks and help patients achieve longer attack-free periods. But is there more to treating HAE?

An expert team of 23 panelists consisting mostly of immunologists and allergists came together to define the goals of HAE treatment. This is particularly useful in rare diseases in which patients experience a heterogeneity of symptoms and treatment response is subjective.

In terms of “ultimate treatment goals”, the team of experts agreed that physicians should aim for total control of the disease and for the patient’s life to be normalized.

In terms of “control of hereditary angioedema,” they recommended a few ways in which physicians can achieve satisfactory control of the disease. For example, physicians should consider rescue meditations when assessing whether a patient’s HAE is well-controlled. In addition, the frequency of attacks, the number of hospitalizations, as well as the average number of days of sick leave prescribed within a given period of time should be used as parameters to judge whether disease control has been achieved, they said.

“The ability of a treatment for HAE to achieve good control can be assessed by taking into account the proportional reduction in the number of attacks,” they wrote.

If we were to measure the efficacy of lanadelumab against these treatment objectives, we can safely conclude that lanadelumab is a highly advantageous drug in treating patients with HAE. For example, lanadelumab reduces the frequency of edema attacks, giving patients a greater sense of control over their own lives.

The high benchmark set by the consensus statement regarding “ultimate treatment goals”—total control of the disease and the normalization of patients’ lives—should serve as fuel for future researchers to continue investigating novel therapies that can help patients achieve longer and longer attack-free periods until attacks cease altogether. 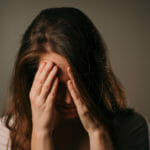