Cancer metastasis is among one of the great dreads among both physicians and patients alike, and for good reason: it severely limits treatment options and drastically reduces survival. Yet holistic cancer research dictates that it must be confronted, and eventually subdued; no one in the medical research community can realistically expect that cancer is detected early all the time.

A good place to start this effort is to chart where metastasis is most likely to occur. For gastrointestinal stromal tumors (GISTs), we know that the most common sites for metastasis are the liver and the peritoneum. However, metastasis to less common sites does occur, as illustrated in a case report by Yamaguchi et al, who described a GIST patient with ovarian metastasis.

Here is the case study in brief:

A 53-year-old woman with a history of bloating and anorexia for 2 months visited the hospital. Her sole past medical history was bronchial asthma. Physical findings revealed bloating but no tenderness in the abdomen. The patient had a BMI of 41.7.

Her physicians judged the tumor to be large and difficult to remove, with a high risk of recurrence, even if resection was possible. Imatinib was administered as preoperative chemotherapy. She was started imatinib at 400 mg/day for 4 months.

Four months later, an abdominal enhanced CT showed that the left upper abdominal mass and the pelvic mass had markedly regressed, to 17.7 × 11.6 cm and 6.5 × 4.6 cm respectively, indicating that the imatinib treatment was effective. Bilateral ovaries, which were previously obscured, “were clarified, and the tumor and left ovary were in contact. CA125 had also decreased significantly to 1.3 U/mL.”

Histological findings led her physicians to diagnose ovarian metastasis of gastric GIST. The patient was discharged with imatinib as adjuvant chemotherapy. Ten months after the operation, no recurrence was detected.

Based on the case report presented, her physicians followed the standard protocol for exploring a possible metastasis, and the lack of recurrence after 10 months is a testament to their competency.

Schrage et al, in a study describing the surgical management of metastatic GISTs, wrote, “When complete resection is not feasible or potentially morbid, neoadjuvant treatment with imatinib is advised until a maximum response is achieved.” In this case study, imatinib drastically shrunk the tumors down in size.

Although Schrage and colleagues concluded that there is no evidence for a surgical role in multifocal disease, they also concluded, “Surgery for responsive and stable metastases of gastrointestinal stromal tumors during tyrosine kinase inhibitor treatment has been shown to be likely to improve outcomes of these patients, as long as clear margins can be reached.” The success of surgery in this case study validates this observation.

This case study serves to remind physicians that aside from correctly identifying the primary cancer involved, it is also important to identify any and all sites of metastases, no matter how rare. Doing so can guide sound clinical decision-making and provide immense clinical benefit to the patient under their care.

Yamaguchi et al, the authors of the case study, wrote, “In conclusion, we experienced a rare case of gastric GIST with ovarian metastasis. Preoperative administration of imatinib was successful and radical resection was possible. Although pelvic tumors may be difficult to differentiate preoperatively, ovarian metastasis of GISTs should be considered.” 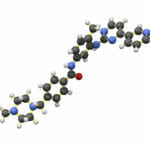 Comparing Patient Outcomes Before and After the Introduction of Imatinib