Before the invention of computers, typewriters were the main means for writing letters in an official, neat way. However, the problem with typewriters is that you could not edit out a spelling mistake or a misconstructed sentence in an elegant fashion; you have to either leave an inky black mark, fuss with correction tape, or start all over.

With the arrival of the personal computer, documents can now be easily edited, quite literally with a click of a mouse.

Let us apply this analogy to medicine. Through advancements in genetic research, we are now able to pinpoint the exact genetic defect in many diseases. For example, we know that Duchenne muscular dystrophy (DMD) is an X-linked neuromuscular disease caused by mutations in the dystrophin gene. Physicians now have access to molecular diagnostic tools, which “involves a deletions/duplications analysis performed by quantitative technique such as microarray-based comparative genomic hybridization (array-CGH), Multiple Ligation Probe Assay (MLPA),” according to Falzarano et al.

Since we know where the genetic defect is, why not just “edit” it out? Do we have the technology to do this without causing unwanted adverse effects and complications? In other words, do we have a therapeutic computer in our hands?

Fortunately, we have a promising genome editing tool that can do just that: Clustered Regularly Interspaced Short Palindromic Repeats (CRISPR)/CRISPR-Associated Protein 9 (Cas9) technology (sometimes shortened to CRISPR/Cas or just CRISPR).

Improving the Effectiveness of Genome Editing

Leonova and Gainetdinov, in their study on CRISPR/Cas9 technology in translational biomedicine, explained it “allows generation of modifications into site-specific locations of the selected genes in one major step by carrying deletions, insertions or DNA donor-directed precise sequence modifications.”

Baghini and colleagues in a similar study wrote, “CRISPR technology is two-constituent gene-editing machinery enabling genetic modification by single-guide RNA. Importantly, the single-guide RNA can structurally be engineered to cover chemical modifications, variations in the spacer length, sequence alterations, a combination of RNA or DNA ingredients, and also a combination of deoxynucleotides.”

The benefit of having well-synthesized single-guide RNA (sgRNA) is that it drastically improves the effectiveness of genome editing by boosting target specificity. This means CRISPR technology can make genome editing more specific and therefore safer.

CRISPRs were first identified in DNA sequence in 1987, from Escherichia coli by researcher Yoshizumi Ishino from Osaka University in Japan. Since then, comparative genomic and structural analyses have elucidated the functional characteristics and molecular mechanisms of CRISPR/Cas systems. In 2005, a team of researchers from the University of Alicante in Spain discovered for the first time that CRISPR played a role in the bacterial immune system. Following that, scientists have attempted to harness CRISPR as a means to conduct reprogrammable genome editing.

Today, CRISPR/Cas technology is mainly used to modify target genes. This could involve genome modification, transcription, or splicing. It has also been used in attempts to treat diseases such as DMD, cystic fibrosis, thalassemia, HIV, and cancers (an area of intense research).

CRISPR/Cas technology is also allowing scientists to create targeted genetic mutations in model organisms in a quick and efficient manner. For example, in less than 4-8 months, researchers were able to use the technology to create new mutant rodent models. “CRISPR/Cas9-mediated manipulation of the laboratory animal genomes has contributed to the understanding of gene functions and has become a popular approach for modeling human disorders,” Leonova and Gainetdinov wrote.

Baghini et al wrote in their study on the various ways that CRISPR/Cas technology can be applied for a variety of diseases, with different amounts of success. With regard to DMD specifically, they concluded, “CRISPR/Cas9 has shown promising advantages concerning the clinical applicability for treating genetic diseases such as DMD.”

“They evaluated this approach in cardiomyocytes isolated from DMD patient-derived induced pluripotent stem cells and in a murine model with the same deletion mutation,“ Baghini and colleagues wrote, on the methodology employed. “Further, Ousterout and his coworkers designed single or multiplexed sgRNAs to recover the DMD gene reading frame by affecting the mutational hotspot at exons 45–55 and introducing shifts within exons or deleting one or more exons.”

The results were twofold. First, dystrophin expression was ameliorated in vitro upon genome editing in DMD patient-derived myoblasts; second, after transplantation of genetically modified myoblasts into immunodeficient mice, dystrophin was identified in vivo.

Another study demonstrated that dystrophin gene-knocked out rabbits demonstrated the common phenotypes of DMD, thus proving the usefulness of the CRISPR system for disease modeling. “It has been evidenced that the CRISPR/Cas9 system mimics the histopathological and functional imperfections in DMD patients, implying this model’s utility in preclinical studies,” wrote Baghini and colleagues.

The potential for CRISPR/Cas technology to investigate and treat diseases is truly remarkable. Leonova and Gainetdinov concluded, “CRISPR/Cas-mediated genome editing has already demonstrated utility in multiple preclinical and clinical investigations focused on pathophysiological mechanisms of various human genetic diseases and has an enormous potential as an effective tool to make genomic engineering manipulations in clinical practice more routine.” 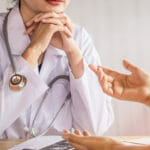 The Importance of Adopting a Holistic Approach in Managing DMD