Neutrophils are a central part of our immune system and have crucial antimicrobial properties. They are among the first immune cells that travel to the lung following infection. Neutrophils utilize various host defense mechanisms, such as:

In this article, we will be taking a look at the role of neutrophil extracellular traps in lung disease associated with CF.

A Leading Cause of Mortality in CF

Patients with CF suffer from a wide range of pathologies, with lung disease being a leading cause of morbidity and mortality. Mucus hyperconcentration and decreased mucociliary clearance are the primary mechanisms that drive lung disease in patients with CF.

“In CF, the airway epithelium is susceptible to fluid hyperabsorption because of a defect in the secretion of chloride and bicarbonate anions,“ Turcios wrote in a review published in Respiratory Care. “This abnormal epithelial fluid absorption raises osmotic pressures in the mucus layer that exceed those in the periciliary layer that deplete the airway surface of fluid, leading to hyperconcentrated (dehydrated) mucus, impaired mucus transport, and mucus adhesion to airway surfaces.”

Dehydrated mucus secretions make patients vulnerable to endobronchial infection, accompanied by an exaggerated inflammatory response. This is characterized by elevated neutrophil elastase levels in the airways, causing excessive mucus cohesiveness and adhesiveness. A cycle of infection and inflammation is initiated, with the result often being severe bronchiectasis and respiratory failure.

Before cystic fibrosis patients develop respiratory failure, they commonly experience pulmonary exacerbations that occur at varying intervals throughout life. Each time pulmonary exacerbations occur, the patient is likely to experience a significant loss of lung function. This decline may also be irreversible; around 25% of patients do not recover to baseline lung function at 3 months and around 15% do not recover after a year.

Pulmonary exacerbations are usually treated with antibiotics, increased airway clearance, and increased caloric intake. Common airway clearance techniques include modified postural drainage with percussion, as well as various breathing techniques. “The objective of airway clearance is to remove airway secretions and reduce the infectious burden and other irritants,” Turcios wrote.

A Contributor to Disease Burden

Given that neutrophilic inflammation plays a key role in the pathophysiology of CF-associated lung disease, medical researchers are studying how it occurs in order to stop it. Neutrophil extracellular traps are of particular interest, as studies have demonstrated that CF sputum is heavily composed of neutrophil extracellular traps and related proteins.

In a study published in the European Respiratory Review, Keir and Chalmers wrote, “[Neutrophil elastase (NE)], which has long been recognized as a biomarker of disease severity in CF and is believed to contribute to disease progression, retains its catalytic ability when bound to DNA and has been shown to have elevated protease activity within the extracellular DNA (eDNA) of sputum from CF patients.”

Scientists believe neutrophil extracellular traps play a role in creating the viscous and gel-like structure of cystic fibrosis sputum. In addition, they have been demonstrated to prime macrophages for cytokine release, driving chronic inflammation in cystic fibrosis. Although we do not fully understand why they are present at high levels in patients with severe CF, enough evidence indicates that they significantly add to patients’ disease burden.

In Nature Reviews Immunology, Papayannopoulos listed a few ways in which neutrophil extracellular traps cause harm. They can:

Papayannopoulos wrote, “Early on, the ability of NETs to trap microorganisms generated much enthusiasm, but it is their pathogenic potential that has attracted recent attention.”

There is still much we do not know about neutrophil extracellular traps. Are they more friend or foe? Is it possible to amplify their benefits and minimize their harm? Do they operate differently in CF compared to other diseases or healthy individuals?

Clinical studies have demonstrated that dampening the immune response can have mixed results. In some patient populations, this strategy can increase adverse effects. This is especially risky in patients with chronic illnesses; we want to be able to reduce harmful inflammatory mediators while still maintaining the body’s ability to remove infection.

Our ability to conduct this delicate balancing act may be the key to significantly reducing the burden of lung disease in patients with CF. Already there are some suggestions on how. One proposed method is to inhibit dipeptidyl peptidase 1 (DPP1). DPP1 regulates the activation of neutrophil serine proteases, which can facilitate chronic inflammation and tissue damage. However, concerns remain over the safety of this treatment and whether it can trigger unacceptable adverse events, such as skin hyperkeratosis or dental defects.

Papayannopoulos wrote about what he believed to be the way forward: “A better understanding of the functions and impact of NETs on health will enable the suppression of detrimental attributes without interfering with beneficial ones and ultimately allow us to exploit NETs to treat disease.” 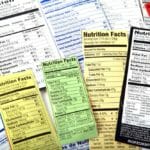 The Importance of Nutrition and Weight Management in Cystic Fibrosis