One of the great achievements of modern medicine is our ability to share knowledge and data across borders. No longer does medicine develop in geographical isolation; instead, medical researchers work across language and cultural barriers to identify the best solutions to tackle the most pressing medical needs of today.

The increasing interconnectivity of medicine serves a few purposes. First, it dispels incorrect regional beliefs about certain diseases (such as the idea that mental illness is caused by dark spiritual forces). Second, it allows scientists to understand the scale of a disease at a global level (ie, its epidemiology) and respond accordingly.

Perhaps one of the best examples of how the interconnectivity of medicine has served mankind well is the development and distribution of the COVID-19 vaccines. In our interconnected world, a vaccine created in the United States can find its way to the other side of the world in East Asia in a matter of weeks.

Cystic fibrosis is a disease that is found all over the world. In the last few decades, scientists from all corners of the globe have been cooperating to better understand its prevalence and risk factors, and to conduct clinical studies to develop potential new therapeutics.

As published in the Journal of Cystic Fibrosis, Guo and colleagues from the United Kingdom conducted a study to examine the worldwide rates of cystic fibrosis diagnosis.

Although the collection of data has generally improved, disparities remain between different parts of the world. This can lead to a skewed picture of the prevalence of a disease in a given population.

For example, cystic fibrosis has long been seen as a disease affecting Caucasian individuals of European descent. This is confirmed by evidence that shows that the prevalence of cystic fibrosis is much lower in regions such as Asia, the Middle East, and Latin America.

But is this a true snapshot of the global epidemiology of cystic fibrosis, or just another error caused by global disparities in data collection?

The study team sourced data from 158 countries to analyze the spread of cystic fibrosis worldwide. Countries without patient registries were excluded. They gleaned additional data from academic search engines and conducted surveys with cystic fibrosis experts and patient organizations.

Their research yielded notable insights into the global spread of this disease. Worldwide, the researchers estimated that 105,352 individuals from 94 countries were diagnosed with cystic fibrosis. In North America, the estimated figure is 37,002 from 7 countries. The countries with the most robust registries in the North American region are the United States and Canada.

In Europe, many countries have strong reporting infrastructures as well. The researchers estimated 47,650 individuals with cystic fibrosis in 40 nations. Countries with notably lower registry coverage tend to be in Eastern Europe.

The Evolution of Cystic Fibrosis

Scotet and colleagues from France conducted a similar study, published in Genes. On recent observable trends, they wrote, “Epidemiological changes have occurred both in the incidence of [cystic fibrosis], which seems to be decreasing in most countries, and in the survival of [cystic fibrosis] patients, which has greatly improved in recent decades.”

Scotet and colleagues estimated that the incidence of cystic fibrosis in populations of European descent is 1/3000 to 1/6000 live births, which is lower than previous estimates of 1/2500 live births. Part of the reason for this change is the implementation of newborn screening programs for cystic fibrosis in many countries. Newborn screening programs are one of the best ways to track the spread of a disease, especially if said programs are comprehensive and inexpensive.

This means that cystic fibrosis, once considered a pediatric disease, is gradually becoming a disease of adults. Scotet and colleagues wrote, “The transition to adult care is now a key step for patients and their family, and new elements have to be taken into account in disease management, such as employability, desire for married life, and parenthood.”

This data signifying a shift in the incidence of cystic fibrosis as well as its prognosis highlights a key purpose of global epidemiological studies: to track how diseases are evolving and in which part of the world. It is also global cooperation and the exchange of knowledge that will best position us to beat this disease. 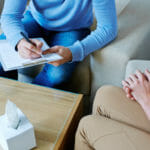 The Mental Burden of a Cystic Fibrosis Diagnosis