Lung disease typically presents as dyspnea, cough, and wheezing. The list of differentials for this group of symptoms is extensive, and AATD is not typically high on the list. This means AATD is often underrecognized and overlooked until lung disease worsens considerably.

When AATD is recognized in a patient with lung pathology, the most commonly reported lung diseases are chronic bronchitis, emphysema, asthma, or a combination of these. Smoking is a risk factor for lung disease regardless of AATD status, but studies have shown increased morbidity and mortality among smokers who have AATD. Smokers who have undiagnosed AATD and present with lung disease are rarely tested for AATD, since physicians often assume that their smoking habit is the cause of their lung pathology.

Similarly, occupational hazards can result in lung disease under ordinary circumstances, but in AATD patients the risk is heightened significantly. The main jobs that are associated with pulmonary disease are those that involve significant exposure to smoke, fumes, and mineral dust.

How does AATD cause lung disease? Scientists believe it has something to do with the significant neutrophil burden in the affected lung. This increases proteolytic activity and inflammation. Neutrophil elastase is widely recognized as the major protease in the proteolytic cascade in the lung of AATD patients.

“Neutrophil elastase interacts with other lung cells, such as macrophages, to activate and induce other damaging proteases,” McCarthy and colleagues wrote in a review article on the role of neutrophils in AATD. “These proteases have been shown to degrade locally produced antimicrobials in the lung, such as defensins, secretory leukoprotease inhibitor, and lactoferrin, all of which have significant antimicrobial and antiinflammatory effects.”

A Heterogeneous Set of Extrapulmonary Effects

The extrapulmonary manifestations of AATD are more heterogeneous; nonetheless, they can inflict a significant disease burden on patients if left untreated.

Panniculitis is a rare skin condition that has been documented in AATD patients. Patients usually present with painful red migratory nodules on their skin.

“Panniculitis is one of the most studied, skin-related AATD clinical phenotypes,” Baranovski and colleagues wrote in another review article. “Similar to emphysema, it has been suggested that the underlying cause of panniculitis is a dysregulated inflammatory process in the skin.”

Cholelithiasis is also commonly reported as an extrapulmonary disease in AATD patients. This is largely believed to be associated with liver dysfunction as a result of the toxic accumulation of AAT in the liver (in AATD patients with the Z allele). Patients with AATD may also present with liver cirrhosis and chronic hepatitis.

Studies also indicate that AATD predisposes a patient to aneurysmal disease. For example, the incidence of intracranial aneurysms is higher in some AATD patients compared to the general population. Why? Scientists have observed that AATD patients with emphysema developed age-related degeneration of their aortic wall. This suggests that AATD is associated with aortic dilation, predisposing patients to aneurysmal disease.

Tejwani and Stoller wrote in Therapeutic Advances in Chronic Disease, “Regarding other comorbidities, recent data suggest that pulmonary hypertension, chronic kidney disease, and diabetes are more prevalent in patients with AATD than those with non-AATD asthma or emphysema.” However, the association between these diseases and AATD remains yet to be elucidated.

The American Thoracic Society and the European Respiratory Society recommend the use of intravenous augmentation therapy for AATD patients with established airflow obstruction.

“Several issues can be raised if one considers the extrapulmonary manifestation of AATD. Can non-COPD patients with diagnosed AATD benefit from AAT augmentation therapy?“ Baranovski and colleagues wrote. “If so, would the current treatment protocol be suitable for such conditions, considering the collection of unique end-points unrelated to emphysema?”

Since AAT augmentation therapy is found to be largely effective, perhaps the main limiting factor in getting AATD patients the care they need is the recognition of AATD symptoms in the first place.

Tejwani and Stoller wrote, “The lack of awareness of AATD among many physicians poses a significant barrier to prompt diagnosis and proper treatment of individuals with AATD.”

With early diagnosis and commencement of care, interventions such as smoking cessation, change in occupation, and lifestyle changes can be introduced, potentially changing the trajectory of the disease. 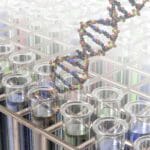