NASHVILLE, Tennessee—Often confused with multiple sclerosis and misunderstood by the medical establishment, myasthenia gravis (MG) is a complicated disease that takes, on average, 2 years and 3 to 4 physicians to diagnose, said Henry Kaminski, MD, an expert on the subject.

Dr. Kaminski was one of several specialists who addressed the disease during the Muscular Dystrophy Association’s recent 2022 Clinical & Scientific Conference here.

Dr. Kaminski, who’s been involved in MG research for the last 30 years, outlined some of his frustrations from his position as a physician.

“Upwards of 10% of patients are seronegative, and for them, we don’t have a blood test that confirms the diagnosis. So they’re eliminated from clinical trials,” he said. “Also, there’s no cure and only limited predictors of treatment response. I don’t know if they’re going to respond to the treatment I’ve given them until it has failed.”

Other frustrations, he said, include dealing with insurance companies—with some providers reimbursing for a specific therapy and others denying coverage for that same therapy—and escalating drug costs.

“Every one of our medications has an adverse effect, whether they’re new or old,” Dr. Kaminski said. “At the end of the clinic visit, I go on to my next patient. But that patient continues to live with myasthenia gravis.”

Symptoms Vary Between Patients and One Day to the Next

Dr. Kaminski said he’s heartened by the increasing focus on “understanding patient disability in a much more rigorous fashion and improving their outcome measures.” Yet the very nature of MG is that its symptoms fluctuate over time—sometimes even over the course of a single day— presenting huge challenges in controlling it.

“A patient can develop double vision. They may see an ophthalmologist, the ophthalmologist examines them and they’re normal,” he said. “Or, they may develop a droopy eyelid, which could be quite severe for several weeks. Again, by the time they see a neurologist or ophthalmologist, it’s gone and their diagnosis is questioned.”

MG affects about 120,000 people in the United States, primarily women 20 to 40 years of age. Multiple sclerosis also targets the same demographic group, and because of that—and the vision issues—MG patients are often misdiagnosed with MS, according to Dr. Kaminski.

“The ramifications of that are the general neurologist, even certainly the general medical doctor, or ophthalmologist doesn’t immediately start thinking about myasthenia gravis,” he said. “Even typical neurologists who would see these types of patients may only have 1-2 MG patients in their practice at any given time, so they don’t develop great experience. It’s only at referral sites which are relatively few across the United States.”

Symptoms such as droopy eyelids are common among those with MG. For example, one patient may have a right eyelid droop one day, and the next day it’s the left eyelid. Patients also experience double vision, which may be more disabling on some days than others, and similar fluctuations occur with speech.

“I had a CEO of a company who was presenting at a board meeting, and she suddenly lost her voice. The sad story is that she went to see a physician and was ultimately thought to have a somatization disorder,” Dr. Kaminski said. “MG patients are often misdiagnosed with psychiatric conditions, which then can lead to a continued diagnostic and therapeutic nightmare.”

Treatments Are Available but Present Their Own Challenges

There are treatment options for MG, he explained, but they don’t work universally. For example, high-dose prednisone—a relatively low-cost therapy—is used in the vast majority of MG patients, but, he said, about 20% of patients don’t respond well to it.

“The drug itself is cheap. The adverse effects are profound and costly,” Dr. Kaminski said. “Most patients develop some psychological problems with prednisone such as profound irritability, which is not fun for them or their family members, spouses or friends.”

As is the case with prednisone in Duchenne muscular dystrophy, the corticosteroid also causes profound depression and insomnia, along with massive weight gain, diabetes, high blood pressure, and, ultimately, osteoporosis, he said.

“The adverse effects can be so bad that you have to get a patient off. It may not work, so you move to immunosuppressives. They’re a little bit more expensive but they take 6 to 12 months to work,” he said. “Then the patient is suffering through that. You don’t know whether you’ve picked the right drug because again, there’s no test to say which is a perfect drug. You can move to more expensive treatments like intravenous immunoglobulin, but that’s a challenge to get through insurance companies. Each one is different, and each patient’s coverage is different.”

Other treatments available to treat MG include eculizumab (Soliris®) and efgartigimod (Vyvgart®). Eculizumab, an immunosuppressant, developed by Alexion Pharmaceuticals, won FDA approval in 2017 and is often prescribed for those with generalized MG associated with acetylcholine receptor (AChR) antibodies. Efgartigimod, developed by Dutch pharmaceutical firm Argenx, received FDA approval in December 2021.

In September 2021, the Institute for Clinical and Economic Review (ICER), a nonprofit watchdog agency, released a final evidence report questioning the cost-effectiveness of both drugs.

“While our review of available evidence suggests that both eculizumab and efgartigimod appear to significantly improve function and quality of life for these patients, there are uncertainties about longer-term outcomes for efgartigimod and how it will be dosed in real-world settings,” Dr. Agboola said, adding that “it’s important to monitor these treatments’ effectiveness in minority populations to develop a complete picture of their overall efficacy.” 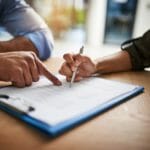