Desiree Lyon was 18 years old when the attacks began. Diagnosed with acute intermittent porphyria, she endured repeated episodes so painful it felt like barbed wire was ripping her stomach to shreds.

The only antidote to Lyon’s suffering was an experimental infusion now called Panhematin®, then available only through clinical trials. This was in the late 1970s, and supplies were limited to just 100 or so vials in the entire United States. Because so few people had this particular disease, they were said to be “orphaned”—meaning they were basically ignored by the big pharmaceutical manufacturers.

Lyon quickly realized that without federal government incentives such as market exclusivity and tax breaks, it simply wouldn’t pay for companies to commercialize therapies like Panhematin. So she and a handful of other rare disease activists—including Abbey S. Meyers, the mother of a boy with Tourette syndrome—sprang into action.

“We banded together, we organized parades around the country, and we got Jack Klugman [who played a doctor on the popular TV show Quincy, M.E.] to testify before Congress,” Lyon said in a phone interview from Santa Rosa Beach, Florida. “And in the background, I was advocating for Panhematin to be the first orphan drug.”

Eventually, Lyon got her wish. US Rep. Henry Waxman, a Democrat from California, sponsored a bill in the House that would incentivize drug companies to devote more resources toward researching, developing, and distributing therapeutics with rare conditions. Meanwhile, Sen. Nancy Landon Kassebaum, a Kansas Republican, adopted the rare disease cause in the Senate. On January 4, 1983, President Ronald Reagan signed into law the Orphan Drug Act (ODA).

Five months later, the nonprofit National Organization for Rare Diseases (NORD) was established as a direct result of that act, with Meyers as its first president. Shortly after the law took effect, Panhematin was designated the first “orphan drug”—spurring its developer, Abbott, to immediately ramp up production.

“Panhematin looks like crankcase oil, but it was pure gold to me because it turned my life around,” Lyon recalled. “These infusions are a real treatment for a real disease that stops these attacks very quickly. Without Panhematin, I would not have lived.”

A Surge in Treatments for Rare Diseases

Lyon, now in her 70s, continues to champion the Orphan Drug Act, which just marked its 40th anniversary. Thanks to its provisions, the US Food and Drug Administration (FDA) has approved 1108 therapies for rare diseases—officially defined as any medical condition affecting fewer than 200,000 Americans. That compares to only 38 therapies before the ODA’s enactment.

“Obviously, the Orphan Drug Act is one of the most important laws ever passed for the rare disease community,” said Paul Melmeyer, vice president of public policy and advocacy at the Muscular Dystrophy Association. “Hundreds of therapies have been approved for rare diseases that may not have otherwise been developed without the ODA, including over 20 treatments available today for neuromuscular diseases.”

“We’ve seen what can happen when we come together with a collective will to cure a disease or a pandemic,” said Debra Miller, founder and CEO of the patient advocacy group CureDuchenne. “The public only hears about the big companies, but in so many cases it was some little biotech on a shoestring that created the technology and took those very risky first steps. And without these early incentives, we’d have seen far fewer innovative therapies for rare disease patients.”

Under the ODA, companies developing treatments designated as orphan drugs originally received tax credits of 50% of the cost of clinical drug testing, awarded upon approval; 7 years of market exclusivity; and a waiver of the New Drug Application (NDA) or Biologics License Application fee.

In 2017, Congress voted to cut in half the law’s Orphan Drug Tax Credit from 50% of qualified testing expenses to 25%. While it was hotly debated at the time, that change had minimal effect in the long run, said Peter Saltonstall, NORD’s current president and CEO.

“You have to remember that the majority of companies that are starting to develop a rare disease drug are smaller companies who don’t have a lot of profitability, so that tax credit doesn’t mean a lot to them,” he said. “It does impact the larger companies, but I have to say the margins have been fairly large, and that more than makes up for the loss of the tax credit.”

Lyon, whose disease galvanized her into action more than 40 years ago, said the organization she started with herself and another patient—the American Porphyria Foundation—now has 17,000 members across the United States and 120 countries.

Noting that latest approval, she said, “the Orphan Drug Act has revolutionized the world of rare diseases, especially for people who never had a chance of ever getting a drug.”

Since the tax credit was slashed in half in 2017, and despite occasional rumblings that its provisions are still too generous to the pharmaceutical industry, Congress has left the act alone.

“We think it’s unlikely that further changes to the ODA will be made,” said Melmeyer, who was formerly head of public policy at NORD before joining the MDA several years ago. “For one, there’s still widespread support for the act on both sides of the aisle. Additionally, there have been fairly substantial packages passed in the previous Congress pertaining to the FDA and biopharma policy, as well as the Inflation Reduction Act. Nonetheless, we stay vigilant.”

Saltonstall noted that in the current acrimonious political environment—with Democrats holding a 51-49 majority in the Senate, and Republicans hanging onto a razor-thin majority in the House—the ODA is safe for now.

“They can’t get together across the aisle about anything,” he said. “I’ve been working in DC for years and I’ve never seen this kind of polarization and finger-pointing. My sense is that we’re going to see battling over other issues, but not a lot of pressure on rare diseases. It’s not a partisan issue at all.” 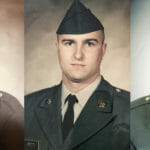