In August of 2003, Roberta Smith of East Tawas, Michigan, gave birth to twin daughters. It was immediately obvious that one of the girls, Cloe, was seriously ill. Jaundiced and plagued by incessant itching, the infant was diagnosed with Alagille syndrome 2 weeks later.

Common symptoms — usually seen within the first 3 months of life — are blockage of the flow of bile from the liver (cholestasis); yellowing of the skin and mucus membranes (jaundice); poor weight gain and growth; severe itching (pruritus) and pale, loose stools, according to the Memphis, Tennessee-based Alagille Syndrome Alliance (ALGSA). Other symptoms include heart murmurs, congenital heart defects, vertebral differences, thickening of the ring that normally lines the cornea, and distinctive facial features.

“If they’re jaundiced when they’re born, there’s a genetic test they can get,” Smith said. “And we do find more and more adults being diagnosed, because their children are being diagnosed.”

Smith is president of ALGSA, a nonprofit group established 28 years ago by Cindy Luxhoj, whose daughter has since died of the disease. Cher Bork, the foundation’s executive director, is its only full-time staffer.

In a normal year when there’s a conference, ALGSA operates on an annual budget of $300,000. But because of the pandemic, the group’s last face-to-face meeting took place in 2019, in Cincinnati.

The 2020 event was virtual, as will be the 2021 conference, set for July 16-17. Typically, these events attract approximately 200 people and consist of a scientific meeting on the first day, followed by a 3-day family conference.

ALGSA now reaches families all over the world, though the bulk of its work is in the United States. Some 60 families are now in a group specifically for Spanish-speaking patients, and the alliance translates its materials into 10 languages.

A Long, Painful Road for Families

A nuclear medicine technologist, Smith began her advocacy journey 15 years ago by writing a column, “Roberta’s Ramblings,” that chronicled her family’s life dealing with Alagille. She joined the ALGSA board in 2013 and became its president in 2017.

“The burden of disease is very heavy,” Smith said in a phone interview. “Alagille syndrome doesn’t deal with just one organ or one system. You never want to compare it to other diseases, but our families are dealing with liver transplant, possibly kidney and heart transplant, severe itching due to the liver, and aneurysms. It’s tough. It’s emotional. It’s taxing.”

A 30-minute video, Alagille Syndrome: Genetically Speaking, explains the underlying genetic causes of the disease. It features David Piccoli, MD, and Nancy Spinner, PhD, pioneers in the decades-long effort to discover the gene associated with this rare autosomal dominant disease.

Some 88% of Alagille cases are caused by mutations of the JAG1 gene, while in another 6% to 7%, patients have a complete deletion or loss of that gene. Mutations in the NOTCH1 gene account for less than 1% of cases, according to ALGSA.

In 1979, Dr. Piccoli saw his first Alagille patient — a boy from Bermuda — while still a pediatric resident in Boston, Massachusetts. Today, Piccoli is chief of gastroenterology, hepatology, and nutrition at Children’s Hospital of Philadelphia (CHOP) in Pennsylvania. Dr. Spinner joined CHOP in 1991 and is chief of its division of genomic diagnostics. She’s also a professor at the University of Pennsylvania’s Perelman School of Medicine.

“Alagille syndrome had first been described in 1969, and in 1986 there was a case report paper written about a patient who had a deletion of chromosome 20,” Dr. Spinner said. “This was all happening at the beginning of the Human Genome Project, so the tools that we had at the start were nothing compared to what we have now.”

Added Dr. Piccoli: “We owe so much to the families who have worked with us and been a part of our studies.”

Working Together Toward New Therapies

Mirum Pharmaceuticals, based in Foster City, California, has been running a phase 3 clinical trial for maralixibat. The therapy — which has been evaluated in more than 1600 patients, including 120 children — works by inhibiting the apical sodium-dependent bile acid transporter (ASBT). That results in patients excreting more bile acids in their feces, leading to lower levels of bile acids overall. This, in turn, reduces bile acid-mediated liver damage and its related complications.

For about the last 5 years, Cloe has been receiving the oral therapy through Mirum’s expanded access program.

“Itching is by far the worst symptom of Alagille. It’s an insatiable itch that causes kids to scratch until they break their skins. It’s a life-altering symptom,” said Bork, the ALGSA executive director. On March 29, the US Food and Drug Administration (FDA) accepted Mirum’s New Drug Application for maralixibat for filing and priority review; Bork said ALGSA expects the therapy to be approved and become widely available later this year.

“This drug has changed hands multiple times, but each company has worked with our alliance, and Roberta visited the FDA to help get it across some of the hurdles we were facing,” she said. “It’s been a great learning experience for us as well as the pharma companies to see how we can work together.”

Another company, San Diego, California-based Travere Therapeutics, is involved in a Cooperative Research and Development Agreement (CRADA) with the National Center for Advancing Translational Sciences (NCATS), a division of the National Institutes of Health.

“We have a 3-way agreement with Travere and NCATS where the 3 of us are equal partners in a research program that targets Alagille syndrome at the cellular level,” Bork said. “We’re not there yet because we’re still doing some basic research, but that’s where we’re headed. 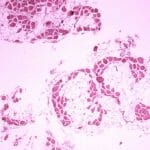