Centuries have passed since the first description of multiple sclerosis. From the start, the disease was challenging to identify, define, and treat because of the diversity and irregularity of symptoms and the fact that symptoms would flare up and recede in many individuals.1 Today, multiple sclerosis (MS) is widely believed to be an immune-based disorder of the central nervous system (CNS). However,  today, just like centuries ago, the precise cause of MS is unknown.1

Possibly the earliest description of MS is the case of Saint Ludwina of Schiedam, who lived in Holland in the late 14th century.2 At 16 years of age, Lidwina developed an acute illness that made her fall while skating. She experienced recurrent episodes of loss of balance, weakness, and blindness in one eye, separated by periods of remission. Lidwina died in 1433 after her disease slowly progressed over decades.2,3

The diary of Augustus d’Este (1794-1848), an illegitimate grandson of King George III of England and cousin to Queen Victoria, also describes the progression of symptoms that we today know as MS. His symptoms began with one episode of transient visual impairment that later extended to regular episodes of motor impairment and weakness of the lower extremities.2 At the time, his disorder was believed to be a type of progressive paralysis that he might still recover from. He died in 1848, at age 54.2

Although signs of MS were reported since the 15th century, it was only in 1868 that the famous French neurologist Jean-Martin Charcot put the pieces together and provided the first definitive description of MS, as “la sclérose en plaques.”2,3 Because of his clinical background, Charcot was interested in clarifying symptom presentation. He created detailed microscopic illustrations of the MS lesions. Although reports suggest his direct contact with MS patients was limited, he was able to identify the key features that separate MS from other neurological disorders, such as the distinction between the tremors of paralysis agitans (later called Parkinson’s disease) and that of MS.2,3 With his observations the 3 most reliable indicators of MS were defined: intention tremor, nystagmus, and scanning speech — known today as Charcot’s triad.3 While these symptoms are not the most common features of MS we would recognize today, one or more can still be found in a substantial number of patients.

After Charcot named and described MS, the process of consolidating the disease continued, with the discovery of the possible hereditary component in the mid-19th century by Ernst Leyden.2 However, it was only in the 1930s that Friedrich Curtius and others clearly demonstrated a genetic factor in certain cases of MS.2

An important step in understanding MS was advancements in imaging techniques, especially magnetic resonance imaging, introduced by Ian Young in London in 1981.4 This technology made it possible to visualize the disease for the first time and to track, over time, changes in the pathology in the living brain.2

The Progression of MS Treatment

Before MS was described and acknowledged as a disease in the mid-19th century, treatment for it was a combination of herbal preparations, animal products, organic solvents such as chloroform, electrotherapy, hydrotherapy, diet, and exercise.2 None of them were specific or effective, and some were dangerous.

It was only in 1875, after the first Charcot description of MS, in the UK that William Moxon started to research MS treatment by attempting to treat 8 patients with a multitude of methods and medical preparation, however with no success.2

In the 1940s, after the discovery of penicillin, many neurologists who believed MS was a result of an infection tried to use it as a therapy, without any notable effect.2, This line of thought continued to the present century, where the immunomodulating properties of minocycline, a tetracycline antibiotic, were discovered to impact neurological diseases in animal experiments5 and pursued to clinical trials.6,7

In the 1950s and 1960s, the immune nature of the disease process in MS became commonly accepted and the methodology for clinical trials became more rigorous. This allowed for the ideal setup for the first clinical trial for MS, looking into the effects of corticosteroids,8 followed by the trial of corticotropin performed a decade later.9 By 1951, cortisone was the first drug therapy used to treat MS relapses and remains the basis of treatment of acute attacks and to reduce inflammation, but with no long-term effects on the disease.2 During this time, mitoxantrone was also approved for the treatment of severe MS.10,11

In 1979, specific guidelines for conducting clinical trials in MS were published,12 providing the framework for trials that would be conducted for the following decades. Those trials demonstrated the efficacy of the immunomodulatory strategy in reducing the relapses and slowing the progression of MS2 with such agents as interferon-β13–15 and glatiramer acetate.16 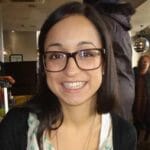