NEW ORLEANS, La.—Mortality and maternal morbidity are closely related within the field of hematology, suggesting that this topic warrants advocacy among clinicians, according to a recent research presentation held at the 64th ASH Annual Meeting and Exposition.

The Michigan Society of Hematology and Oncology (MSHO) is an affiliate partner of ASH and a state affiliate of the American Society of Clinical Oncology, noted Jerome Winegarden III, MD, of Trinity Health in Ann Arbor, Michigan.

“We represent 94% of the practicing hematologists, oncologists, and radiation oncologists in the state of Michigan. Our membership is approximately 4000, which includes APPs, nurses, pharmacists, and practice administrators. We have 3 guiding principles that help us move our agenda along, which include education, research, and advocacy. Advocacy efforts largely have focused on legislative efforts affecting our ability to provide care,” he added.

Winegarden pointed out that MSHO’s advocacy efforts include copay accumulators, pharmacy benefit managers, and notably, the sickle cell sb0641 bill, among others.

Sickle cell State Senate Bill SB0641 is one that MSHO advocates for regarding providing accessible, quality health care provided to Medicare recipients who suffer from sickle cell disease, he said.

The MSHO board comprises physicians representing all of the major academic institutions in the state of Michigan, along with community providers representing the geographic locations throughout the state. They meet regularly and are updated by a lobbying firm that’s based in the state capital of East Lansing, he added.

“In December 2021, when the US Supreme Court heard oral arguments in the Dobbs vs. Jackson Women’s Health court case, given the composition of the court, there was significant concern that should the protection of federal reproductive rights be removed, in the state of Michigan, we would revert to an antiquated 1931 law known as the Michigan Criminal Abortion ban,” said Winegarden.

Planned Parenthood of Michigan partnered with the ACLU of Michigan to file for a motion for summary disposition for that law in April ahead of that final decision from the Supreme Court. The defendant named in the case was Attorney General Dana Nessel, but very publicly, she made it clear that she would not be prosecuting physicians for performing abortive care services,” he continued.

“This is very much the ire of the Republican-led state house and senate of Michigan, and they became the de facto codefendants or interveners in the case,” Winegarden said.

“As you know, in May, the Supreme Court had a draft decision that was leaked and given that the judge in our court case, the Michigan Court of Claims, Judge Gliecher granted a preliminary injunction, which also set into motion a separate court case under Governor Gretchen Whitmer also to repeal the 1931 law,” he continued.

The Michigan Criminal Abortion Ban is generally considered to be the strictest and harshest abortion ban in the country, he added. “The only exception to perform an abortion is to preserve the life of the pregnant person, and the person who performs that could be found guilty of a felony, which caries with it a 4-year prison sentence, a $5,000 penalty, the loss of licensure, and should a fatal complication occur, that person can be tried for manslaughter,” Winegarden continued.

A prospective article in the New England Journal of Medicine by Lisa Harris, MD, PhD, a professor at the University of Michigan, raises a number of issues, specifically that abortive care services have been wrongly politicized and should really be thought of as more of a health care issue and that’s it, said Winegarden. “And she brings up, specifically in Michigan, the issue with the 1931 law being ambiguous in order to avoid criminal intent and criminal prosecution and she boils it down to 2 questions: what is the risk of death and how imminent does it have to be to avoid criminal prosecution,” he continued.

“In the article, Harris points out the example of someone in the ICU who is septic and for whom an abortion could be life saving and someone who wishes to have one in order to undergo chemotherapy and other treatments sooner rather than later. Under the law, it is completely unclear how these matters would be handled,” he said.

The overturning of Roe v Wade in June 2022 prompted the MSHO to put out its own statement in opposition to the 1931 law and its ambiguity, he said. 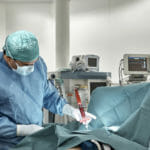