Sara Lewis, MS, CGC, a genetic counselor at St. Jude Children’s Research Hospital, provided an overview of a BMF workup, a discussion of germline vs somatic assessment, and case scenarios.

“The bone marrow failure syndromes are complex disease processes that can impact multiple systems,” said Lewis. Given the complexity of these conditions, imaging and diagnostic labs, physical exam, family history, and medical history are needed to evaluate these diseases, she added.

A medical examination should comprise a thorough assessment of the patient’s hematologic history and a review of other body systems, and the medical history assessment should assess the patient’s skin, developmental concerns, cytopenia, and congenital anomalies, Lewis commented.

The family history should include a 3- to 4-generation pedigree if available, she added. “As a genetic counselor, I find that patients tend to think more specifically about their family members and their family members’ history as they draw the pedigree as opposed to just taking their family history as a whole. This can include questions about the cytopenia history, congenital anomalies, medical issues impacting other body systems, and history of early-onset cancers. It’s also important to ask about possible consanguinity, as some of the bone marrow conditions are inherited in a recessive manner and the presence of consanguinity could increase the level of concern in an otherwise negative family history,” she said.

General labs that may be used to assess these patients include iron studies, immunoglobulins, complete blood count, and peripheral blood smear, among others. Specific labs may look at ADA2, paroxysmal nocturnal hemoglobinuria, HbF, and fecal elastase, among others, Lewis explained. Functional tests include telomere length and chromosome breakage assessments, while bone marrow studies include cytogenetics, biopsy/aspirate, and flow and stain cytometry, Lewis added.

Somatic testing is done on a blood or bone marrow sample. The goal of somatic testing is to assess for genomic lesions such as UPD7q, UPD17p, and UPD6p, and acquired mutations in marrow and blood, Lewis mentioned. Typically, the variant limit of detection is roughly 5%, but it could be less. Somatic testing may be used to assist with developing a surveillance plan, Lewis said.

Somatic testing involves a different set of genes and regions than those assessed in germline testing, Lewis continued.

Germline testing is generally done on skin fibroblasts to assess for inherited and de novo mutations present in all cells, she said. Germline labs typically will not report variants at a frequency less than 20%.

Clinical implications of germline testing include changing medical management technique, informing assessment of risk for other medical issues, and providing etiology for cytopenias/BMF. Family members may be at risk of being carriers for the condition or may actually have the condition, she said.

Single gene testing, and multigene panel, microarray, and whole exome/genome sequencing are among the germline BMF tests that may be done.

Microarray sequencing assesses genomic losses and gains. It is beneficial for evaluating genomic losses that may have a BMF gene. The single gene test is provided to the patient when their clinical history deals with a particular gene or diseases.

The multigene panel may be disease-oriented and may have a larger BMF panel. For this particular panel, the genes being tested and the number of genes themselves vary.

Whole exome and genome sequencing are taken into account when prior genetic testing is uninformative or the phenotype may be linked with different diseases and genes. For this test, it is important to do “trio” samples from both parents and their child, Lewis said.

Turnaround time, the expertise of the clinical lab, the testing type, mutational hotspots and the area of interest, as well as cost and insurance coverage are all germline genetic testing considerations, Lewis added.

Most clinical genetic testing labs rely on a framework developed by the American College of Medical Genetics and Genomics referred to as a variant classification. It considers segregation data, population data, functional data, de novo data, computational data, allelic data, and other data.

“Variants of uncertain significance are a common finding on multigene panels and often do not influence medical management decisions,” she said. If the variant were to develop in a phenotypic spectrum of genes consistent with clinical presentation, this could raise concern and warrant further consideration, she added.

In these cases, clinicians will want to consider the mode of inheritance, the functional/mutation change in the context of other known mutations in the gene, and whether it is rare or absent in population databases, among others, Lewis said.

Lewis also presented the case of a 6-month-old clinically healthy female. She received medical care given her family history of acute myeloid leukemia and myelodysplastic syndrome (MDS). Upon clinical evaluation, the complete blood count differential came back within the normal range. There were no questionable symptoms at the time of physical and/or medical examination, according to Lewis.

Family history was beneficial in this case as the mother’s brother had been diagnosed with thrombocytopenia; he eventually died as a teenager of acute myeloid leukemia, Lewis said.

“So the concern for MDS predisposition syndrome was quite high in this family. Testing would have ideally been started with 1 of the 2 brothers through a skin biopsy, but the mom wanted to avoid an invasive procedure, so instead we elected to proceed with blood sample testing for our patient,” Lewis added.

The clinical team ordered a multigene BMF panel and found that the patient was heterozygous for a variant in the SAMDL9 gene. This was initially classified as a variant of uncertain significance, but we were able to upgrade the variant to likely pathogenic after we demonstrated that the variant segregated with hematologic abnormalities in the family, Lewis continued.

She said that in cases like this, close observation and follow-up care or hematopoietic stem cell transplantation are among treatment options.

“Evaluation of bone marrow failure syndromes involve an in depth review of medical and family history and specialized, directed labs and imaging. Germline and somatic genetic testing for bone marrow failure syndromes can lead to complex decision-making considerations. Communication with the patient/family, the health care team, and the testing lab is essential,” Lewis concluded. 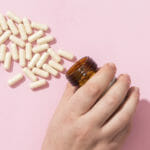